Imagine a place so remote that in more than two months’ travelling you don’t see another living creature beyond your companions, not a single bird or animal. You are one of just a tiny number of people to have explored the region, in the midst of an immense frozen desert. For 18 hours a day... END_OF_DOCUMENT_TOKEN_TO_BE_REPLACED 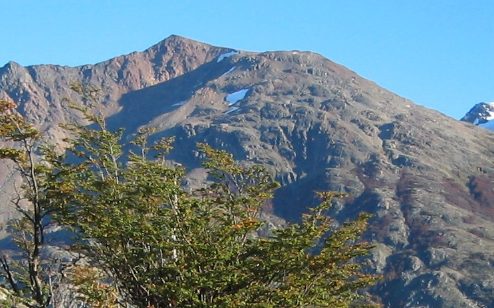 My interest and involvement in South America go back a long way. Drawn by its people, its music and the infinite variety of its geography, I travelled extensively to every corner on a shoestring between 1969 and 1973, including several visits to Patagonia. I was fascinated by Patagonia and ate quantities of berries from the... END_OF_DOCUMENT_TOKEN_TO_BE_REPLACED 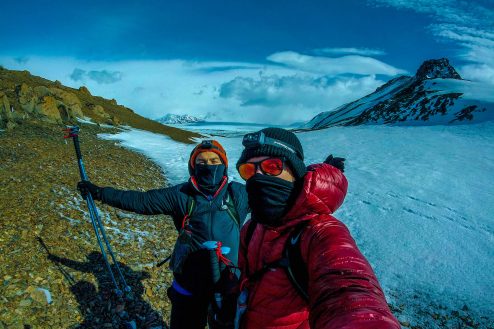 A World-First Adventure Triathlon in Patagonia

Patagonia seems to have a mystical aura surrounding it that attracts those wishing to push themselves that little bit further in life. It remains one of the last truly untouched landscapes on our planet, and a place of profound contrasts. END_OF_DOCUMENT_TOKEN_TO_BE_REPLACED 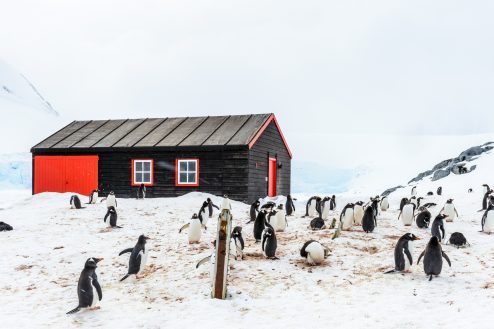 As you approach the Penguin Post Office at Port Lockroy, located on a tiny island off the Antarctic Peninsula, three days of navigation from Ushuaia, you are greeted by the “roo roo roo” sound of 600 pairs of nesting gentoo penguins. Early in the season, you may have to climb up a snow staircase or later in the season END_OF_DOCUMENT_TOKEN_TO_BE_REPLACED 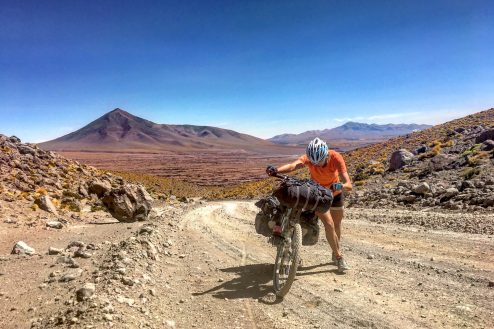 Through Patagonia on Wheels

My friend Faye and I have now been pedalling, or rather pushing, uphill for 11 hours. We’ve ascended 2,550 metres over a painstakingly slow 25km and we’re not done yet. The incline steepens, and steepens until both of us are wedged firmly into the hillside. We appear like frozen statues END_OF_DOCUMENT_TOKEN_TO_BE_REPLACED 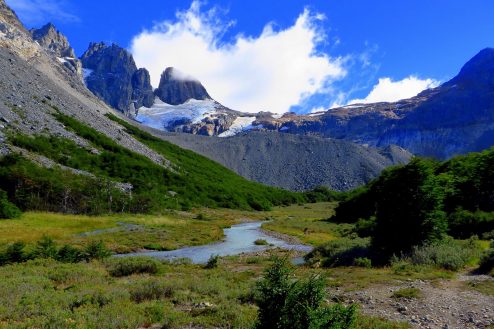 Transport to and from the treks is a challenge. Public transport is very limited, and the roads south of Coyhaique are nearly all gravel surface, even the highway to the south, the Carretera Austral. These surfaces deteriorate quickly with use, and any sort of road transport is rather a bone-shaking END_OF_DOCUMENT_TOKEN_TO_BE_REPLACED 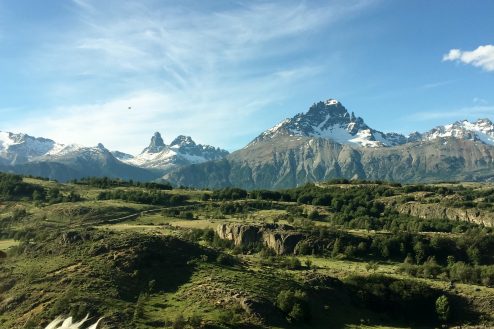 One of the World’s Greatest Road Trips

I’m a travel writer, which means I’ve swanned around some glamorous places over the years in the name of writing wafty prose about my experiences. But my journey down Chile’s southern highway last November with Swoop Patagonia ranks among the most invigorating, challenging, absorbing END_OF_DOCUMENT_TOKEN_TO_BE_REPLACED 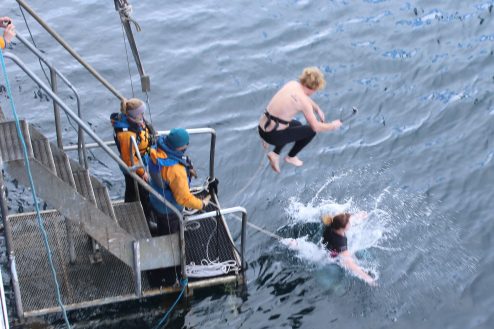 Polar plunges are quite literally the coolest thing you can do in Antarctica. On my last voyage 48 out of 92 people jumped into the icy water; that’s quite a lot. I’m going to take some credit for that enthusiasm. I was ready for the jump well ahead of time, walking around the lounge of the END_OF_DOCUMENT_TOKEN_TO_BE_REPLACED